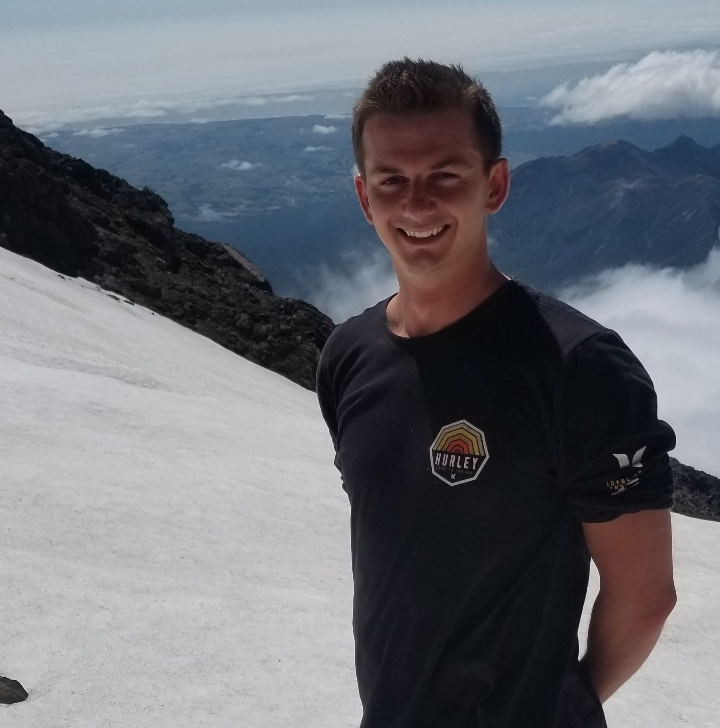 My name is Declan and I am originally from Auckland, New Zealand. I completed my BSc in Geophysics and Computer Science at the University of Auckland and continued on at the same University to do a MSc in Geophysics, specialising in Full Waveform Inversion.

I started my PhD in 2022 at the University of Edinburgh under the supervision of Mark Chapman and Andrew Curtis. My project is focused primarily on nonlinear elasticity and the interaction of P and S waves in different mediums. I use techniques such as coda wave interferometry in order to determine changes in wave velocities following high-stress events in rock samples.

When I’m not in the office, you can find me enjoying swimming in the ocean (at very select times of the year in Edinburgh) or out for walks around Edinburgh’s many trails.

I have just finished a secondment in Newfoundland, Canada working with Alison Malcolm on the nonlinear interaction of P and S waves in different rock samples. My goal was to find the most ‘nonlinear’ rock samples that I have on hand which I can use in further experiments here in Edinburgh. 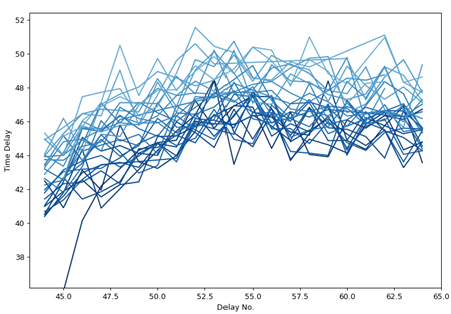 Further iterations of the experiment produce longer time delays (dark blue to light blue) suggesting nonlinear softening in the rock sample induced by the passing of a high-amplitude S-wave.